Notes about my past life 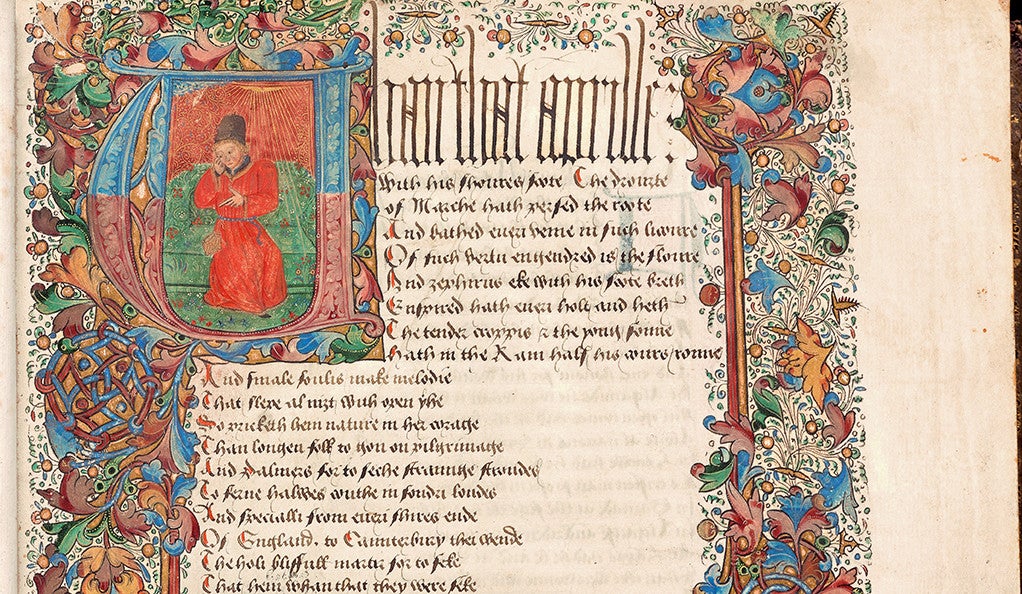 Recently, I have come across some news in the field of medieval studies. One of them is the discovery of a large-scale tannery in the Fountains Abbey in Yorkshire. <Tannery Discovered in Fountains Abbey>>

I do not remember I have been to Fountains Abbey during the 4 years when I was in York. What a shame! Isn't it? At that time, having been too much engrossed in the new relationship, I consciously avoided going anywhere without his company. Skipping my own graduation ceremony was another unreasonable decision that I made at the end of my PhD course. It looks a mystery to me now why I would choose to stay in Japan with my newly-wed spouse rather than making the trip alone to England to see witness the end-result of my 4-year efforts.

All these "compromises for love" seem ridiculous to me now. How much I would want to rewind to the past and tell myself to make a right decision for my own interest.

Last week, a couple of email exchange with another emeritus scholar here reminded me, almost to the degree of remorse, of the kind of academic career that I had pursued before coming to Japan. Apart from the unfriendly job market here, I know that I did not make as many efforts as I should/could have. Suddenly a strong urge to stay engaged surged, so I decided to recite and memorise Middle English poems by heart. The local search for the cassettes of the recording of The Canterbury Tales in Middle English has shaken me. I thought I always have it somewhere near me, but nothing can be found. The search then was expanded to the Internet as it had never occurred to me that I will just go of this item, an possession that is integrated to my early academic self. Some goole search for the studio which produced the recording went fruitless. I was in shock. Fortunately, I was able to locate the university studio once again. Everything has turned digital now, but the voices and performers are different in the new recordings.

The Creative Works in BYU

Email ThisBlogThis!Share to TwitterShare to FacebookShare to Pinterest
Labels: Resources for thoughts

Jhumpa Lahiri's The Clothing of Books 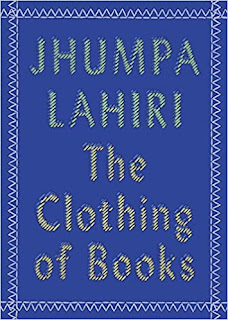 I read Lahiri's The Clothing of Books while waiting to get my first COVID-19 vaccine.
It's been a long while since the last time I read Lahiri, an author's works in which I was engrossed. It is a piece of short writing derived from her lecture in Italian to a Foundation some years ago.
The writing still has her unique touch of quiet tone. It was a good read, but somehow I felt distanced as the writing seems to have lost its grip on me, a grip reinforced by some unstoppable passion for her language that I experienced 9 to 10 years ago.
by Wanchen at 5:37 pm No comments:

Email ThisBlogThis!Share to TwitterShare to FacebookShare to Pinterest
Labels: Reading

Yesterday was just another teaching day during the time of the pandemic. Nothing special about the day: I drove to the campus, sanitized hands over and over gain during the 4 hours on campus and drove back immediately after the classes were over. The class material was something that I have liked and used in class for some years. However, the class discussion did not go as satisfactory as I had imagined, and I was burdened with a feeling of exhaustion and disappointment. It is an essay about disillusion about religion. Usually my take on the essay is about the issue of conformity and language and epistemology. The presenter's choice is religion and faith. I think I was too worried that the class discussion would turn into a discussion about theology, and I also implicitly sought to avoid such discussion about religion in a class where most of the participants do not have a faith. I suddenly sounded very awkward and rigid in my instruction on the class discussion, and I also felt lost in what I could say and what I wanted to comment. My attempt to change the direction of discussion from religion to something more sociological and philosophical shocked me. Why would I prevent the chance for students to discuss about religion? I thought I believed that most students were not interested in the topic. Yet, I also realised that they were very competent in engaging in abstract discussion. I was shaken by my own efforts to refrain them from speaking about something important in their lives (faith and religion) and failed to grab the chance to explore a new aspect of the essay. I was also disappointed at myself for not being able to respon quick enough to guide the discussion more effectively. What frustrated me as well was my deliberate negligence of students' mental level to kick off a discussion. I remember I was proud and full of rebellious ideas when I started to teach; in the past two years, however, a sense of downward turn has been looming large and started to frighten me. I was faced with my own intellectual incompetence, something that has been harrassing me since I realized that there would never be a hope for me to have a full-time career
by Wanchen at 7:38 pm No comments:

“[...] isn’t that the essence of dreaming - wanting to be somebody you’re not?”
(Growing up vs dream) 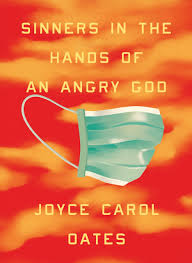 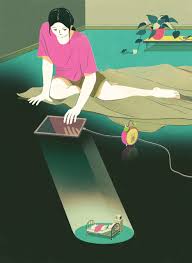 Email ThisBlogThis!Share to TwitterShare to FacebookShare to Pinterest
Labels: Reading 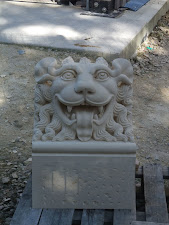